Christian Jackson currently attends Coronado High School as a sophomore, playing in their chamber orchestra. He has been studying the cello under the instruction of Andrea Dawson. Christian has participated in LVYO for 4 years, and has performed in the NMEA Honor and All-State orchestras for both years of high school. At Solo & Ensemble festival, Christian has received superior ratings 6 years in a row. In 2016, he played a solo in a master class with Dr. Ka-Wai Yu of Dixie State University at a cello camp to expand his musical ability.

Outside of studying and practicing, Christian enjoys learning about composition and music theory, producing his own music in other mediums, and spending time with family and friends.
Other Musicians 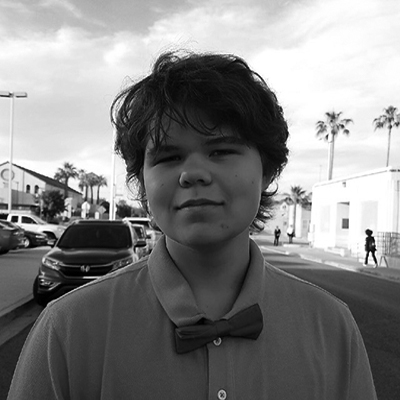 Viola
The Young Artists Orchestra is the only tuition free music program in the State of Nevada. We are profoundly passionate about educating, promoting, and developing the musical talent of young artists. As a 501(c)(3) Non-Profit organization, we rely on volunteer and patron support. Find out how you can take part!
Donate Now
Copyright Dr. Shirley Linzy Young Artists Orchestra - All Rights Reserved
X