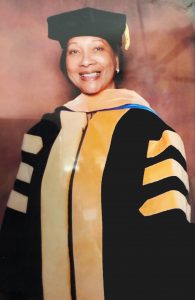 Dr. Shirley Linzy, DNP, RN, MS, LADC was the Clinic Director and Supervising Nurse at the Dr. Miriam and Sheldon G. Adelson Clinic for Drug Abuse Treatment & Research, Las Vegas, Nevada. Shirley began working at the clinic before opening it’s doors to patients in 1999. Shirley was born, raised, and educated in Chicago having earned a BS and MS in Nursing from DePaul University and North Park University respectively. She also earned a Doctor of Nursing Practice from Touro University Nevada. Shirley is a proud mother and wife.

Shirley was instrumental in the creation of the nursing program at College of Southern Nevada, having written the L.P.N. nursing program for the college where she served as a member of the faculty. She began her career as a public health nurse in the windy city where she was responsible for the refugee program for those seeking citizenship in the United States. Later she was instrumental in developing an adult health program, (Wellness on Wheels), where she traveled throughout the community educating and assisting those with addictions, as well as assisting with school and work physicals. Shirley was the President of the Nevada Opioid Treatment Association, Surveyor for the Commission on Accreditation of Rehabilitation Facilities, Tucson. Arizona, and was a research nurse at the laboratory of the Biology of Addictive Diseases, at Rockefeller University. She also served on the Board of AATOD as the Nevada representative. Shirley volunteered her time with the Adelson Educational Campus conducting drug testing for all Upper School students and staff. The students lovingly call her “Nurse Shirley” for she is known for her genuine care for each of them.

To learn more about Shirley and her life, please visit https://www.reviewjournal.com/local/local-las-vegas/shirley-linzy-director-of-adelson-clinic-dies-at-66/